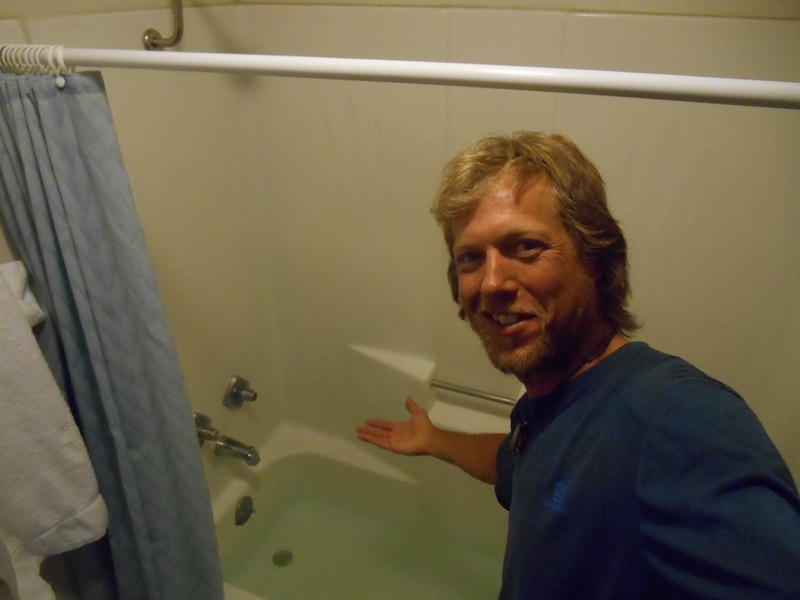 As I was saying, during both of my trips across Nevada I had camped at Alkali Hot Springs, and during both trips I had awoken at 3 am and soaked under the stars. The difference was, on the second occasion I was mindful to keep my feet out of the water so as not to soften them up, which can lead to unwanted blisters during the hike to Tonopah.

By the time first light had appeared on the horizon, I was already a few miles away from Alkali. Traffic between the hot springs and the town of Tonopah is pretty much non-existent due to the route which is followed.

Vacant jeep roads lead me across a vast desert basin and directly into town; where hotels, grocery stores, buffets, and another community swimming pool awaited.

On both of my journeys I was in town by noon.

The day in Tonopah can go quickly, as there's lots to do and other travelers to engage with. This is also a good time to catch up on hydration and the first opportunity to get fresh fruits and vegetables.

It was reassuring to know that at this point, mile 89.5 of the NVT, I already had some of the most desolate miles behind me. After a solid night's rest and another hot soak in the hotel bathtub, I was ready to continue. 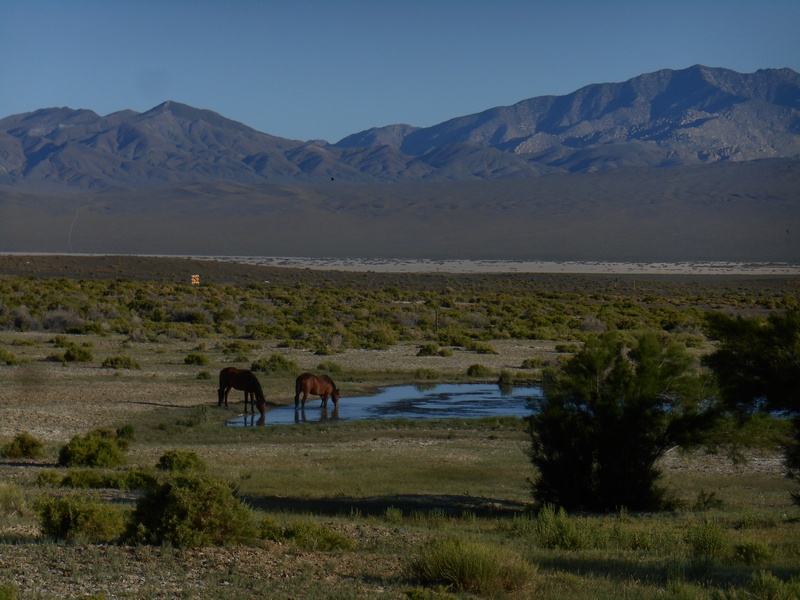 During both of my journeys along the Nevada Trail, I spent the entire afternoon and evening at Alkali Hot Springs. On site is a massive cottonwood tree which provides shade and overflow ponds which attract wildlife. When visiting this spring, there are two things you should know.

That said, the sightseeing at Alkali is out-of-sight and the wildlife, outstanding. This is another oasis that can be hard to leave but eventually, I had too. This is also where I learned my second lesson of the Nevada Trail. 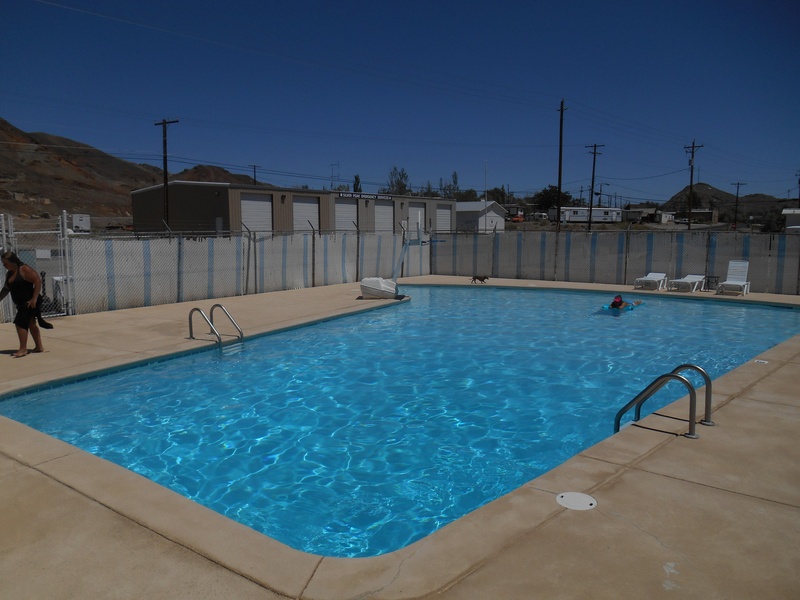 On the morning of NVT Day 3, I heading into Silver Peak, a small outpost that services an active mine. Expecting the worst, I was pleasantly surprised by how non-intrusive it was to the hike. On the contrary, it was quite peaceful and scenic.

During the first journey, I had bypassed the outpost and continued on to the next hot spring area, reaching it by noon. In 2016 however, I utilized the post office, saloon, and community park; which has picnic tables, shade, and a seasonal community swimming pool that was open and offering hot showers as well. It was so nice, I spent the entire day there.

As the sun began to dip behind the Silver Peak Range, I headed out. With shade surrounding me, I walked past the evaporation pools of this relatively quiet Lithium mine, the only active one in the US. On the far side of it, I left the main road, then continued on a jeep road which led to private, but dry, stealth camping sites.

This region of the country is known for having some of the darkest skies, and on this night, the Milky Way and the universe at large was incredible to witness. 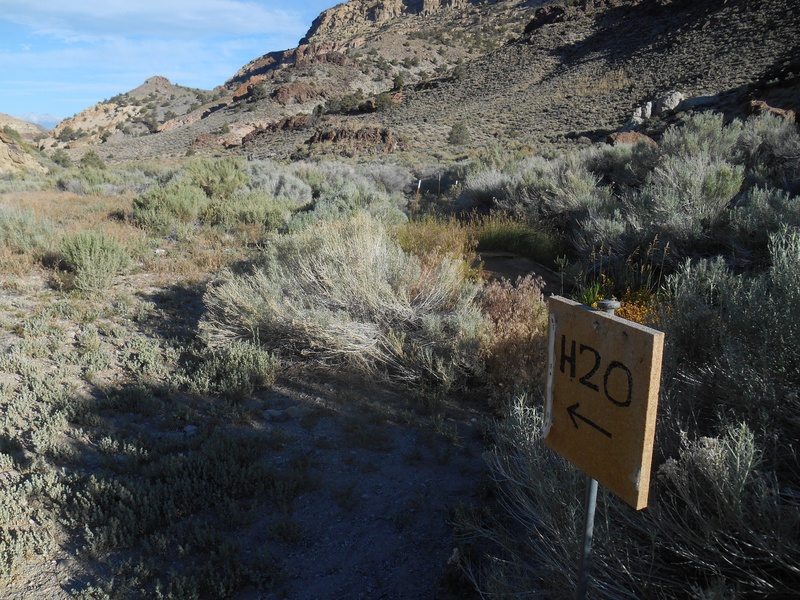 After a morning soak, I headed out and completed the first trail-less segment of the NVT, a brief crossing of an alkali flat which ended at an intersection with a dirt road. From here, the NVT utilizes dirt roads to expedite travel over the Silver Peak Range. Approaching and descending from this range during the early and evening hours of the day, under alpenglow light, was truly a pleasure. During both trips, I had spent the high-noon hours of the day resting at the highpoint of the crossing, under the shade of mature juniper trees, and both times I had camped just shy of the first resupply of the NVT, Silver Peak, a small outpost at an active mine.

Before reaching the highpoint, I had topped off my water at a spring which is located next to the road and labeled in the guidebook as Coyote Summit Spring. On the far side of Coyote Summit, the highpoint of the crossing, there's also a Coyote Spring, but there's no water to be found there. 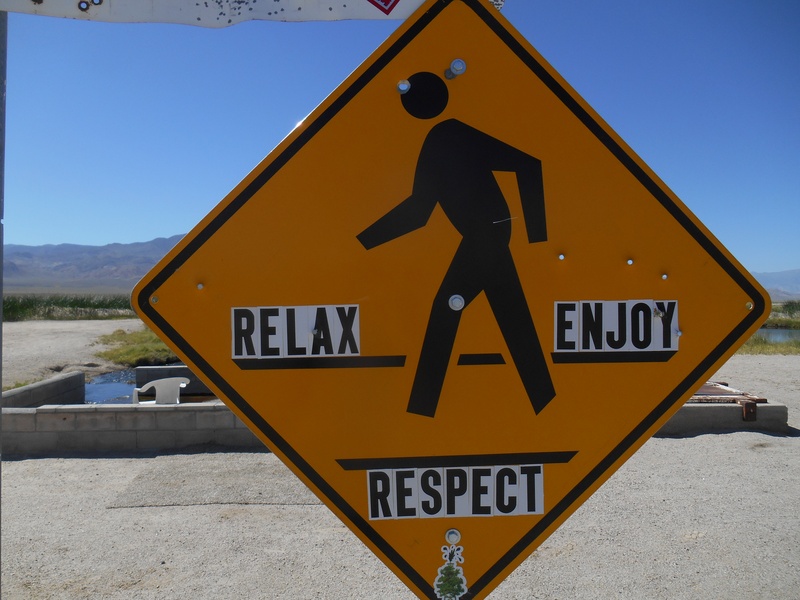 After leaving the protection of trees and steep canyon walls, the NVT opens up and enters the Fish Lake Valley, a expansive region with a worthy destination at its center. Hard to miss, and even harder to leave, Fish Lake Hot Springs is a friendly and rejuvenating place to spend an afternoon, if not the entire second night of the trip.

While shade is hard to come by here, wildlife encounters and gemstones are abundant. During the first hike-in visit, I utilized the shade from the only structure around, the restrooms. In 2016, I arrived later in the day and it wasn't as much of an issue.

This is a true oasis and a good place to maintain hydration, as there is a spigot where drinkable water can be obtained. It's also a good place to learn the first lesson of the NVT, solitude and community. While I had seen no one during my hike from Boundary to the springs, once at the spring, I met quite a few interesting characters. Mostly locals but some travelers too. Everyone was nice and especially so once learning I had hiked-in. Most people drive.

After a successful summit, looking up at Boundary and Montgomery Peaks from the comfort of the hot springs pool was a feeling I hadn't experienced on any other long-distance trail I had done before, and I didn't want the moment to end. Inevitably though, evening arrived and the view faded to darkness; fortunately, the soaking and scenic viewing, this time of the stars, continued. 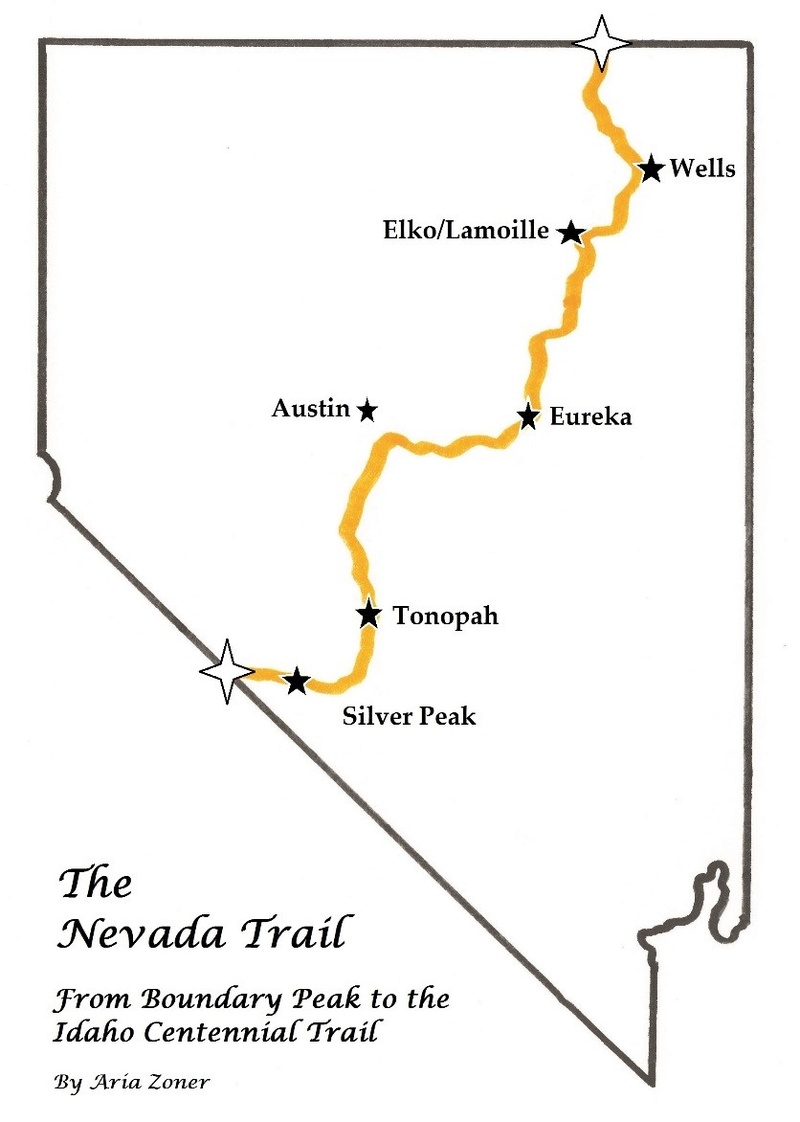 In this journal, I'll be taking you from end-to-end on the Nevada Trail, a 603-mile odyssey that in my opinion, has it all. I'll also be sharing details and strategies which helped me to not only survive this hike, but ultimately, have the adventure of a lifetime.

So without further ado, welcome to The Hot Springs Trail, and especially, The Nevada Trail. 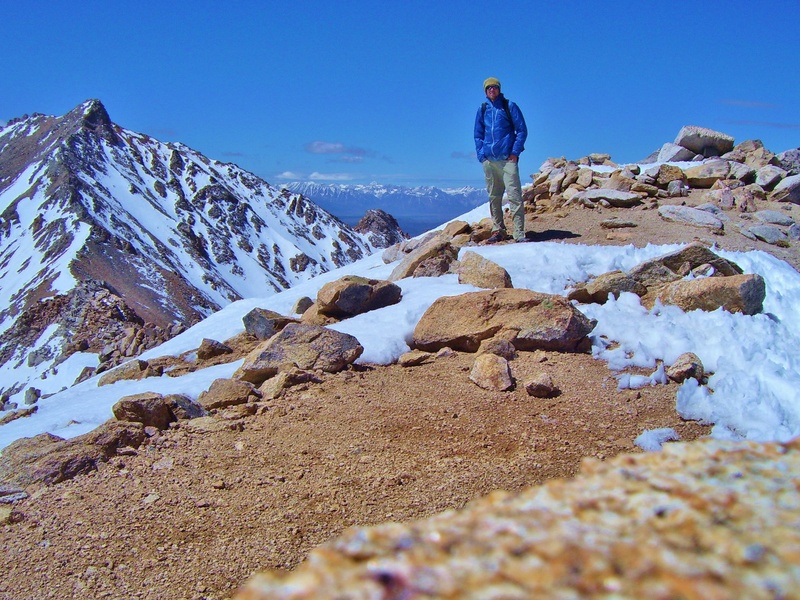 The Nevada Trail begins on top of the highest point in the state, Boundary Peak. At 13,140ft, it's an inspiring way to begin the journey, which I've completed twice now. Throughout this journal, I'll be referencing both of these trips.

In 2012, during the initial hike, I was dropped off at the Boundary Peak Trailhead, in Trail Canyon, where I stashed my things then headed to the top. In 2016, I reached the summit by hiking over Montgomery Peak, the highest point on the entire Hot Springs Trail. Either way you go, reaching Mile 0 of the Nevada Trail requires a hike-in.

On both occasions, I continued from the summit then took full advantage of a year-round creek which runs down Trail Canyon before heading towards the next goal - Fish Lake Valley. 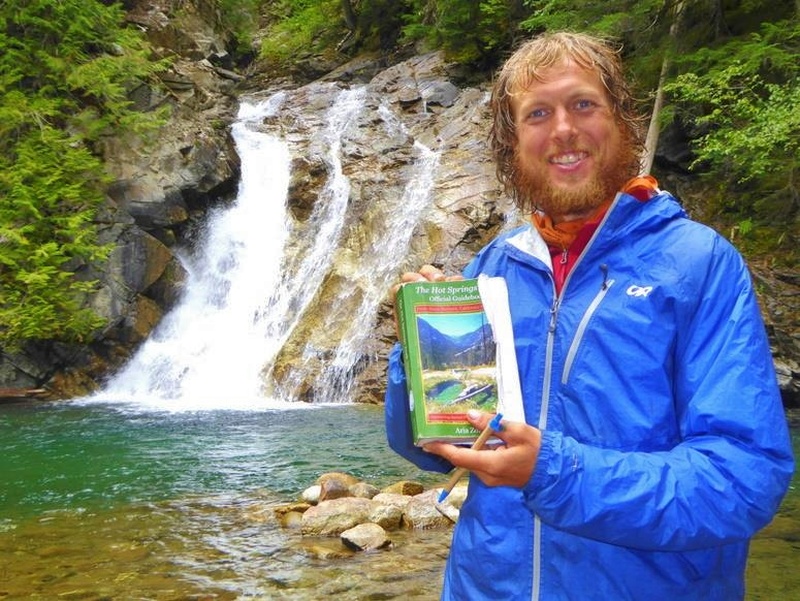 The Hot Springs Trail is a 2,421-mile journey to not just hot spring areas, but to hot springs culture. This trail is comprised of 4 parts, each of which is its own unique adventure, with its own guidebook. Hikers who complete the entire trail will visit tropical, alpine, desert, and rainforest hot springs and will travel encounter those environments as well.

The HST was first completed as an end-to-end journey in 2016. That year, 2 triple crown hikers and myself, the creator of this trail, spent the summer traveling, soaking, and enjoying the diverse landscapes we encountered along the way. Prior to that, during the initial designing of this trail, I had completed it by following each of the 4 major sections as its own hike.

In this journal, I'll be sharing with you some of my favorite, and least known portions of the trail.